Property in Sicily is delighted to bring you news of an extremely high quality renovation project located just metres from Palermo’s Centrale railway terminus in the heart of Sicily’s capital city.

This project offers brand new living spaces in a beautiful historical building, with stellar transport links and nearby off-street car parking – in an area of the city which is set to undergo major regeneration over the next decade. The apartments are ready for sale. This is a superb opportunity to become part of Palermo’s past, present and future. Act today and don’t miss out.

Palazzo Caputo Pirrotta stands on Via Roma, the main artery which connects Palermo Centrale station to the historical and commercial heart of the city. Two blocks from the station, it lies between Via Milano and Via Trento, making these some of the best-connected new apartments in Palermo’s city centre.

An early 20th century building with classic stylings inside and out, has been renovated under the supervision of local architect Chloé Pierron that has brought the palazzo to its former glory and is going to create a community encompassing both residents and high class commercial tenants.

Tailor Made: The Perfect New Apartments to buy in Palermo for You

The residential units are all two bedroom apartments, each with an external aspect, measuring between 90 and 110m2. Everything has been built to the highest standards and equipped with comforts to include fine porcelain stoneware flooring, a state-of-the-art hydronic heating and cooling system, video intercoms and security doors. They are designed around a large open-plan living spaces with kitchens and diners, and also include a pair of double bedrooms and a master bathroom with large shower and laundry corner.

An Elegant Building with an Exciting Future

These spacious living spaces are taking full advantage of the palazzo’s high ceilings, large windows and balconies. The bedrooms feature full-length fitted wardrobes with the option to create walk-in closets if preferred. Modern, energy-efficient windows have aluminium interiors and wooden exteriors to offer durability while reflecting the aspect of this historic property. The bathrooms are fully realised with luxury fittings.

The shared facilities include a large communal elevator and a facade which has recently undergone a full restoration.

The Caputo Pirrotta project will also include a small business ‘accelerator’ on the ground floor, where cutting edge young companies working in nano-technology, pharmaceuticals and AI will share space and take advantage of communal facilities to organise talks and events to help them thrive in the fertile business climate of modern Palermo. This will obviously bring a certain prestige to the building, and you will have the security of knowing that the ground floor is staffed 24/7, without the noise and disruption which retail businesses can bring.

Palermo: A City on the Up

It is taking advantage of the far wider regeneration of central Palermo which will include bus lanes, cycle paths and a tram network that will reduce congestion and noise on Via Roma whilst making it even more efficient to connect to the rest of the city, including the nearby waterfront which has had €300 million set aside for imminent redevelopments. In total the city which is unrecognisable from the mafia stereotypes of the 80s and early 90s, has raised and committed over one billion Euros 1 to green transport initiatives which will come to fruition by 2029.

Following the enourmously successful examples of former industrial cities like Manchester, Bilbao and Frankfurt, Palermo is riding a wave of investment and transformation which makes it a stunning investment opportunity. If you’ve ever walked through a district which has been successfully regenerated, wishing you’d got in at the start of the process, this is your chance to do just that.

Thanks to the train station around the corner from your apartment, you’ll be able to go from your front door to the departure lounge of Palermo’s international airport in under 45 minutes. And of course you’ll be a short drive or train ride away from some of the Mediterranean’s most beautiful coastline. From San Vito Lo Capo to the west to Cefalù in the east, this stretch of Sicily is a paradise for boating, coastal walks and simply soaking up the sunshine.

Ask About the Best New Apartments in Palermo Today!

The Palazzo Caputo Pirrotta will be a sparkling new residence set against the ancient fabric of a truly historic city. With the traditional markets and winding backstreets just around the corner, and the thriving business environment of one of Europe’s fastest changing cities a tram ride away, you won’t find a better opportunity to immerse yourself in Sicilian culture, old and new.

If you are considering relocating to Sicily from abroad, we would be delighted to help you make the transition. Our range of services includes after-sale care right down to helping you get residency papers and even a new phone contract.

To book a free consultation with the project managers, contact us now. Demand is sure to be high so don’t waste time, send us an email or pick up the phone today. 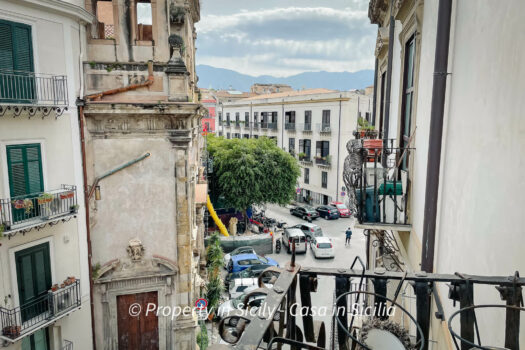 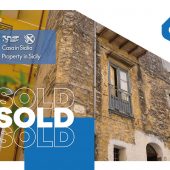 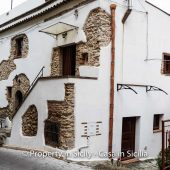