Casa Frassino is a large family home or summer house in Sicily, perched on a south-west facing slope of the Madonie Natural Park near the north coast of the island. With an incredible panorama across an almost untouched and green valley, down to the sea and up to the highest peaks of the mountain range. ‘Ash Tree House’, to translate the moniker, has a huge 2.1 hectare plot.

While this land has been In the owner’s family for generations, the younger generations have moved away and the current owners live a little further than is comfortable to make regular use of the place. Casa Frassino is therefore available to buy at a price which is superb value for its position and views.

Casa Frassino is as spacious inside as it is out, with 220m2 of living space across three levels. The main entrance is into a large and refreshingly cool living room which flows through an open arch into a dining area. This is especially bright as a large window overlooks the valley, and patio doors take you onto one of the house’s twin covered patios. Turning right from the living room a short, open passageway brings you into the neat fitted kitchen, with rustic terracotta tiling and farmhouse-style sink. Another passage leads to a double bedroom with superb views, and a roomy bathroom with a shower.

A partially-open staircase leads up to a second floor under the eaves of the house. Three more bedrooms are found up here, of varying sizes but each large enough to fit a double bed and wardrobe if needed. There is a small airing cupboard and another spacious bathroom with a shower. The floor is a well-maintained red tile, and the pitched roof is clad with wooden boards, giving an almost alpine feel.

Outside, the two patios each look south-west over the valley, where only the occasional cottage in the distance interrupts mile after mile of lush hillside. The powerful impression is that of space, and of having nothing in front of you for a huge distance across a full 180°. At the front of the house is a paved area of around 160m2, suitable for car parking or outdoor recreation. This has been charmingly framed by a sandy-coloured stone wall with a tap and a large permanent barbecue oven in reddish brick. Here again there is plenty of outdoor lighting to keep things going strong when the embers of the fire start to fade.

Underneath, below ground level, is a huge workshop that takes up the entire footprint of the house. A shower room down here has been finished and tiled, but the rest of the space is simple and practical. A couple of partitions are in place that create natural storage areas, and at one end of the L-shaped main room there are a trio of sinks, an oven and some cupboards. Land use restrictions prevent this being turned into more living space, but as a wine cellar, a storeroom, workshop or something more specific like the base for a little agricultural business, it could be made very charming. Olive oil, perhaps home-made wine, a little micro-brewery or a jam production line… what would you use this for?

This plot of hillside land stretches over 2.1 hectares, although it is steeply sloped in places. Wild boar native to the Madonie Park have created a criss-cross of footpaths which allow you to explore the territory, passing olive trees, citrus fruits, almonds, cactii and of course the ashes which give Frassino its name. Under foot the fertile soil throws up plentiful wild fennel, rosemary bushes and mountain flowers.

The property is around 500m from the main state highway, which leads down to the coast. The gap is bridged by an unpaved road, although this is in good condition and easily navigable. Slightly more of a challenge is the steep private driveway down to the house, which while perfectly safe takes a bit of getting used to. However, the sense of seclusion and natural beauty which awaits you at the bottom makes it more than worthwhile!

There is both a 5000l reservoir to store water and a septic tank for waste. The property is – and we could hardly believe this ourselves, given its remote location – served by high speed wifi internet. We measured speeds of over 140mbps on our last visit, so you can bring the entire family here with no fear of squabbles over who’s hogging the connection!

The property lies just outside the charming hilltop village of Pollina, chosen by us last year as one of our top investment opportunities for a home or summer house in Sicily.

An eagle’s nest above the foothills of the Madonie, the small, vertically built community has enjoyed a resurgence in recent years, under a progressive administration who have capitalised on its position and natural beauty to build wonderful features like an outdoor theatre with a magnificent backdrop, a cross-country running track and smart recycling system – there is a collection point at the end of the access road to Casa Frassino which will not only help you sort your rubbish but reward conscientious users with a rebate on their council rates!

Nearby towns in the park include the beautiful medieval settlement of Castelbuono (home to the world’s best panettone – officially!) and another of our top investment picks, Gratteri.

Down at sea level there is the practical town of Finale, with supermarkets and a railway station. Just along the coast is the tourist paradise and UNESCO World Heritage site of Cefalù, home to a photogenic strip of beach, an arab-norman Cathedral and half of the Property In Sicily family. Whether you need help getting settled in to life in Italy, or the services of one of the island’s best-reviewed language schools, help is just around the corner.

In the more immediate vicinity, a few neighbours are dotted around the hillside. If you ever have more guests than even this large house can hold, a very friendly couple run a B&B just up the road.

Palermo, Sicily’s largest and most lively city (and home to its busiest international airport), is about an hour away by car.

With construction starting as recently as 2021, Casa Frassino was built very solidly and to excellent standards of seismic safety (an important factor in this tectonically active zone). It is completely habitable and would make a glorious family summer house from day one. However, there are some improvements which we would recommend to a buyer.

Some parts of the other facade need a cosmetic plaster finish, and the energy efficiency of the property would benefit greatly from a thermally-efficient cladding. This and other green home improvements qualify for significant savings and tax credits from an Italian government eager to encourage such work.

There is no heating inside yet, but a pellet-burning stove would be simplicity itself to install. Air conditioning units would take a little more work, and of course a central heating system would represent the biggest investment. We are helping many investors in renovating/building their new house, have a look what they say about us.

If you’re just looking for a summer house in Sicily, however, nothing is essential in this regard.

Towards the Southern boundary the land falls away especially sharply into the valley below. A small investment could create a boarded walkway to a viewing platform here which make one of the most astonishing terraces you could imagine. Picture yourself padding down there in the morning for a bit of yoga, or watching the sun set towards the distant sea.

With about 40 olive trees, even the largest family will be kept in olive oil and there is scope for a small production enterprise if you are looking for an idea for that large workshop space 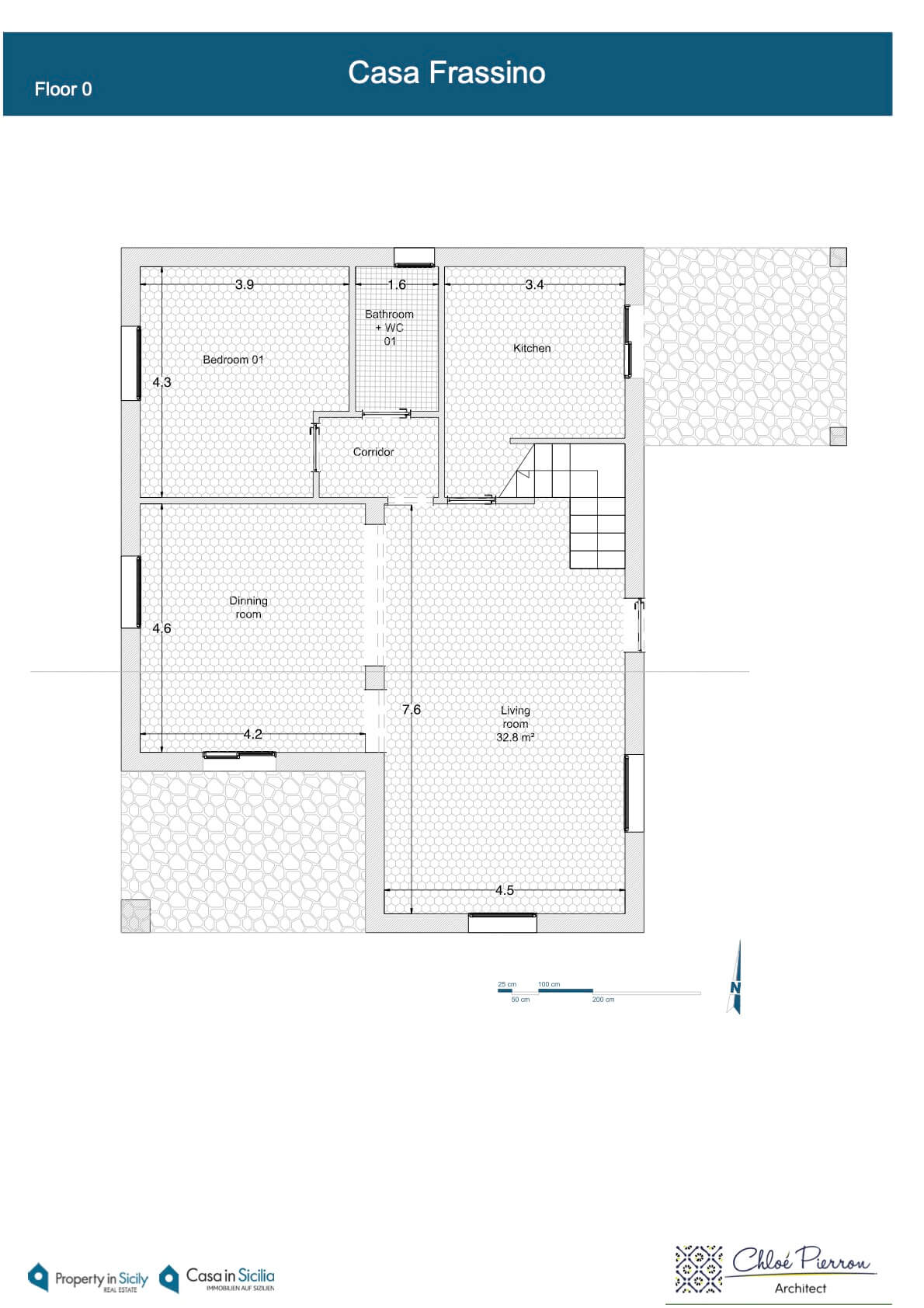 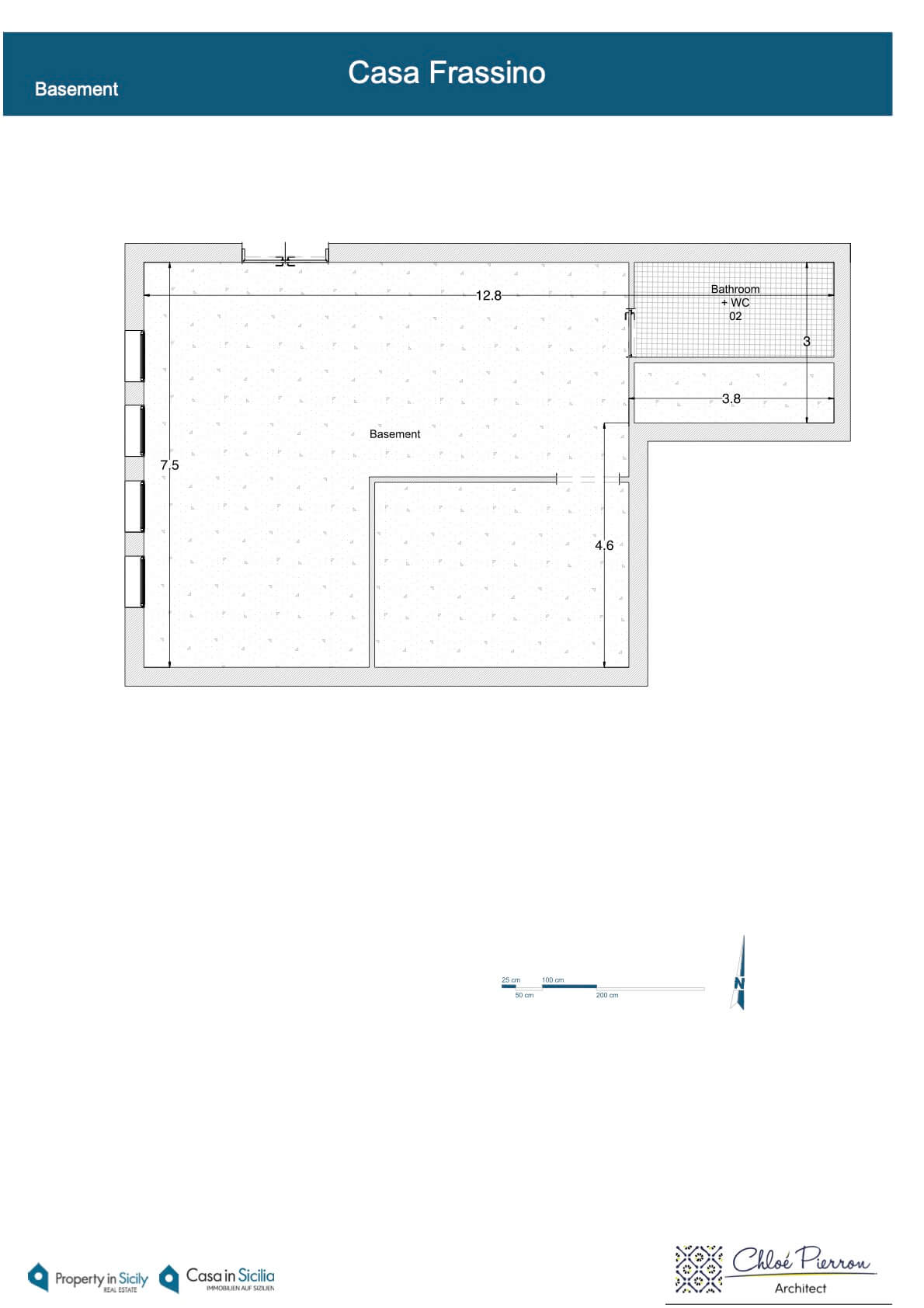 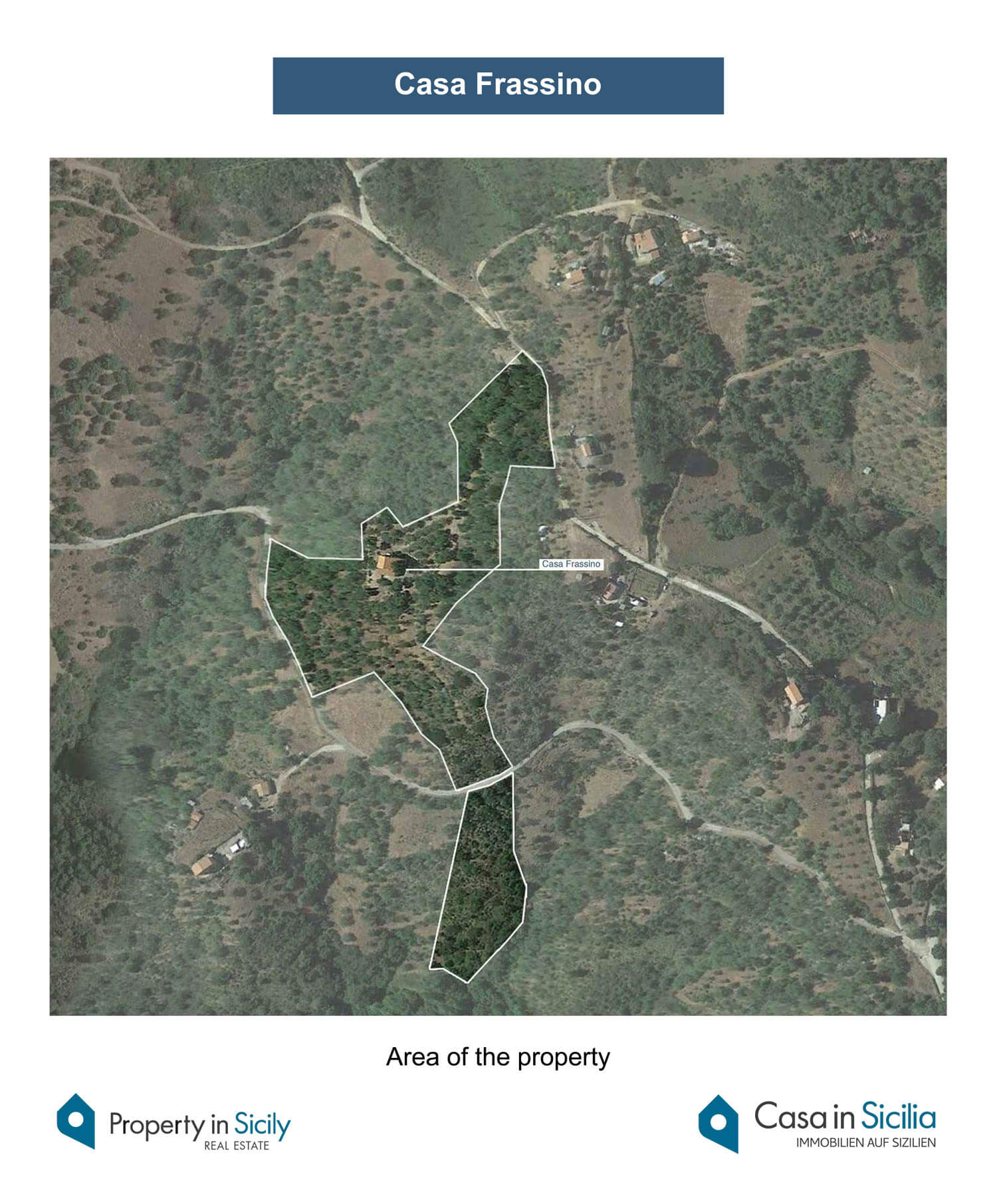 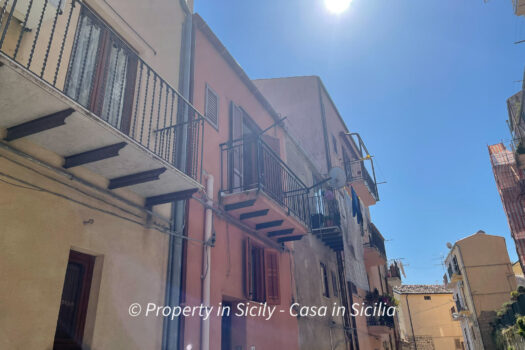 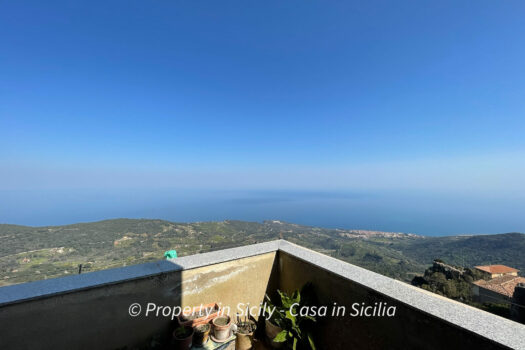 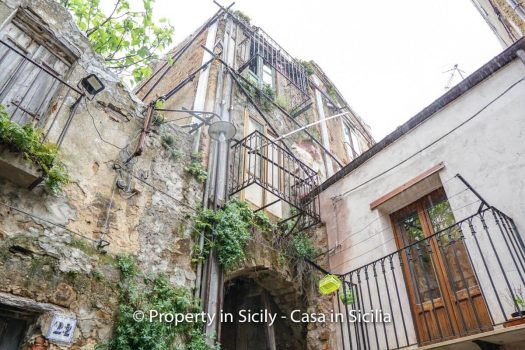 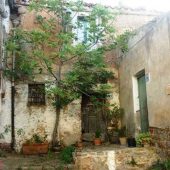 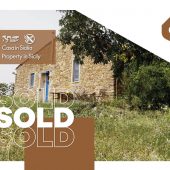